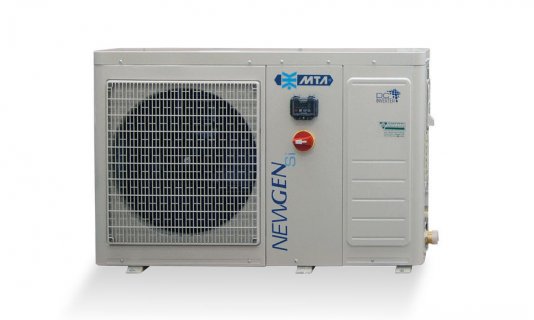 Heating and cooling a house used to be separate jobs, but the heat pump, a device that does both, often at much lower cost, is gaining popularity. Nearly one in three new American houses uses a heat pump, according to a recent Government estimate; in some parts of the country heat pumps are nearly universal in new houses.

A heat pump is "nothing more than a glorified air-conditioner, " said Robert M. Little Sr. of the residential marketing department at the Tampa Electric Company in Florida.

It is glorified because it is reversible. In summer it acts very much like a central air-conditioner, with its condenser sucking in heat and ejecting it outdoors. In winter, it collects heat from outside and pushes it inside. People may wonder how a machine can draw heat from a cold place and put it in a warm one, but that is exactly what a regular air-conditioner does when it lowers the indoor temperature to 75 degrees and sends the heat into a 90-degree outdoors.

An old-fashioned electric heater turns electricity into heat when its coils resist an electric current. When it is 50 degrees outside, a heat pump would use only a third as much power to warm the house to 68 degrees as would a resistance heater. For example, Mr. Little said, a typical house in the Tampa area would use 6, 000 kilowatt-hours for a year of resistance heat, but only 1, 440 kilowatt-hours if it had a heat pump instead. Farther north, the difference grows smaller; north of Washington, it drops to near zero. Teaming Heat Pump and Furnace

In the Washington area, some people use heat pumps on most winter days and conventional gas- or oil-fired systems for the coldest days, although the capital costs of this combination are higher. Jack Stevenson, manager of residential energy services at the Potomac Electric Power Company, described another case in which a house might have both. Some houses are too big for a single forced-air system because of the length of the ducts, he said. The solution favored by builders is to put a second system in the attic; a heat pump is preferred for safety reasons.

In most parts of the country, the heat pump's main competitor for heating is a very high-efficiency gas burner.

Heat pumps, which were introduced 30 years ago, have generated some complaints, especially the early models. They can be noisy, can create drafts and can fail to remove humidity. Recent changes have reduced those problems and lowered operating costs.

how does the heat pump reversing valve work
Related Posts