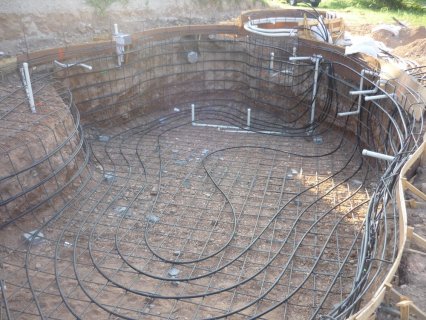 A better heat exchanger is key to heat-pump efficiency

The population of the desert city Las Vegas has soared by over 30% in the past decade, a trend that has severely strained local electrical companies in terms of finding water to run through their cooling towers. (Contrary to popular belief, Las Vegas does not get all or even most of its electricity from the Hoover Dam. Most of that power gets sent to California and Arizona.)

To reduce the utilities’ need for cooling water, local electric plants are urging customers to switch to natural-gas-powered heat pumps for cooling and heating, which use 85% less electricity. One company, Southwest Gas, even went so far as to design an allgas- powered heat pump that is more efficient. Key to the project was optimization of the heat exchanger, which relied on testing, modeling, and simulation help from researchers at Oak Ridge National Laboratory.

Tests in the lab’s two environmental chambers revealed that the initial design had shortcomings. Further analysis revealed that uneven airflow across the heat exchanger created a 10 to 15°F difference between the warmest and coolest areas of the exchanger. Normally, this type of problem is handled by rearranging components and making more room for air to circulate. But in this case, the fact that the heat pump had to sit on consumers’ roofs limited its size and weight.

Engineers at Oak Ridge used fluid-dynamics modeling to simulate airflow paths within the unit and then rearranged components in it until the team came up with a workable design that reduced temperature differences in the heat exchanger to only 1 to 2°F while keeping size and weight within the targeted ranges.

The new heat pump is 25% more efficient than other gas-powered heat pumps on the market, which means energy savings could pay for the unit in three years. The technology has been licensed to Intellichoice Energy under the name NextAire and has earned a spot on R&D magazine’s list of top technological advances in 2011.

Oak Ridge and Southwest Gas are now trying to boost the efficiency of a smaller residential heat pump. The new appliance will use water heating and heat from the external combustion engine running the pump to improve overall efficiency. The team also plans to add an alternator and storage batteries that will let the device generate and store electricity in offpeak hours.